Judy is one of the founder members of Laxey Dog Club and has been involved in the training classes for over 30 years.  She has a wealth of  experience to draw on, having also dealt with dogs in various other situations including working as a veterinary nurse, breeding German Shepherds and successes in obedience and breed shows.  She also has first-hand knowledge of rescue dogs gained from working as a Warden at the M.S.P.C.A. and re-homing a rescue dog.

Judy was one of the founder members of Laxey Dog Club in May 1982.  In 2002 she became aware of the new changes in attitudes to dog training, and inspired by the late John Fisher, started the new style of Laxey Dog Club.

Chris has been a member of Laxey Dog Club for many years and has experienced different styles of training as new methods have evolved.  She has shared her life with a variety of dogs (currently rescue dog Golden Retriever Ruby) and understands how important it is to treat each dog as an individual and adapt your approach accordingly.  Chris is an expert at listening to problems, asking the right questions and suggesting possible solutions.

Having worked her way through classes, Perryn joined the team of instructors in 2012 and is now primarily involved in teaching the Intermediate class.  Perryn’s relaxed, approachable attitude combined with her ability to see things from a dog’s point of view means that she is able to guide owners and their dogs to a better understanding of each other.  Perryn shares her life with Cockerpoo Atticus and Bichon/Poodle Mac.

Pauline has been our Treasurer since 2016.

She has had and trained several different breeds of dog over the years, but recently Dachshunds and has bred and shown Newfoundlands in UK competitions. She ran a grooming service on the Island for a number of years.  The Newfoundlands acted as PAT Dogs and fundraisers for the Samaritans.

Pauline now has a Standard Poodle, Bailey, who is the best and bounciest dog in the world – FACT!! 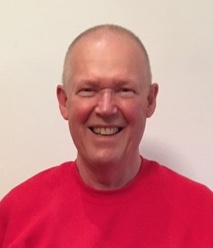 A lifetime dog lover who has lived in the Isle of Man for ten years. John currently has two dogs, Martha, a 9 year old Cavachon and Liberty, a 6 year old Cockerpoo both of which have attended puppy training classes.

John successfully completed the Centre of Excellence Diploma in dog training last year with distinction and is now taking the first training course for the club of 2021.

Paul is our newest trainer, but has lifelong involvement with dogs. He is an Associate Member of the National Register of Dog Trainers and Behaviourists, and recently gained a Dog Training Diploma from the Centre of Excellence, passing with Distinction. Now retired from education, Paul enjoys several activities with his cockapoo, Alfie, including Rally Obedience, Hoopers and Agility. 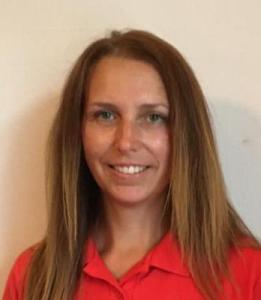 Sue joined Laxey Dog Club in May 2021 as a Trainee Trainer and is currently studying the Centre of Excellence Diploma in Dog Training.
Sue has lived on the Island all her life, and although having a fondness for all dogs, especially loves cocker spaniels and currently has a working cocker puppy called Dexter.

Rhiannon has had dogs in her life from a very young age, growing up with a beautiful chocolate Labrador.
Her love of dogs made her keen to join Laxey Dog Club as a trainee. She is currently studying for a Diploma in Dog Training and looking forward to future training courses.